As a way to celebrate 16 consecutive years serving the Internet Marketing community …and my children’s interest in what we all do, I’m making you the most generous (and insane) offer in the history of Internet Marketing.

When you accept this offer, you’re getting 96% off of my life’s work – the very same collection of products that have sold for a combined total of more than $53,797.

But when you accept this offer, your investment is just a tiny fraction of that.

Only 65 people have ever seen this extremely rare footage where I revealed my proven formula for creating (and selling) high-ticket info-products.

I worked hand-in-hand with this experimental group for six months …refining and perfecting the process.

Literally nobody has ever seen this besides the original members …until now.

This course is still regarded as the number one “must have” weapon in any marketer’s arsenal. It reveals how I systematically created the highest-grossing sales promotions in the history of Internet Marketing …and lays out the complete methods in an easy-to-follow step by step system.

It’s no longer available anywhere …at any price, but you get it today with the Legacy Collection.

This class was originally taught live and it sold for $7,800. It currently sells via automated webinar for $2,860 …which is more than the entire investment today for all of these classes combined.

The methods in Advanced Consulting Class are responsible for spawning the careers of many of today’s high-end coaches, and they’ll continue to work for the duration.

During the very week I shot the video above, I personally used the strategies in the class to close a deal with a software company for 45,000 shares of stock (currently valued at $26 per share).

During that same week, a long-time client used the strategies to enroll nine new clients in the financial services niche …at over five figures per year each.

If you want to sell your advice and expertise in a professional way to “real businesses”, this is for you.

This extremely rare event sold for $10,000.00 and was only attended by a little more than 40 people.

During the event, Brendon Burchard and I broke down every single one of our campaigns that did over a million dollars, and walk you through the process and framework of each one.

Marketing genius Rich Schefren reviewed this footage and described it to me as my best work, ever.

Bluntly, you need this.

If you want to create blockbuster promotions …consistently …this is the best way to get started.

The Magic Model Class was the Sequel to project OTF.

After my extensive work with the first batch of voluntary “test subjects”,  I’d perfected the process for attracting high-end customers and selling them high-ticket products.

What really makes the Magic Model Process stand out is that it involves very little “selling”.

A typical “sales” conversation is less than 15 minutes …and is designed to get the prospect selling you on accepting him as a customer.

Only a handful of people were given this class in it’s entirety …and they all happily paid $10,000.00 each for it.

Look at the five courses above. Four of them were sold by webinar.

The only one that wasn’t is Mass Control.

The other four courses (combined sales price of $37,800.00) were all sold using Webinars.

In fact …Advanced Consulting Class is still sold via Webinar every day …and so is this class, Ultimate Webinar Blueprint 2.0!

There’s a reason I rely on Webinars. Because they work!

But you’ve gotta do them right.

This class is regarded as the single best blueprint for creating content-rich webinars that sell …on the planet.

Mass Conversion still sells through an automated launch followed by an Automated webinar.

I advertise it on Facebook, and the campaign adds a little more than 200 people to my email list every day …at a profit.

Which is fitting because that’s what the course is all about: Building a list and then using automated systems to convert them into customers at a profit.

This is the newest course in the Legacy Collection, and I’m even including the rare recordings from the 2-day Mass Conversion Live event, which which was exclusively held for the hundreds of people who enrolled in the class when it first came out.

But there’s more to it than that.

In Module Four of this class, I walk you through the single most effective tactic for complete market domination.

Yes, that sounds like “typical Internet Marketing language”, I know.

But there’s simply no other way to describe it.

Sure – the list-building lessons you’ll take from this are outstanding (and the thousands of people who took the class will gladly agree) …but the real power is in what I show you at the end.

If you want to rise to the top of your market …while genuinely helping both prospects and customers alike, this is for you.

Videos are what made me famous …and videos are what continue to keep me at the top of the Internet Marketing and Direct Response industries.

And every video I made follows a specific formula.

That’s that Video Black Box does. It hands you the formula. Then shows you how to use it.

Don’t let the low price fool you. The only reason I never charged more for it is because I never got around to writing a sales letter.

This is one of my most powerful (and beloved) products, and I want you to have it.

How would you like to sell three different product from one single campaign …all while never having it “feel” like a sales process to your customer?

How would you like that very campaign to actually build engagement, boost credibility, and create goodwill with your marketplace …all while making sales?

And how would you like it to tell you exactly what they want to buy …before you ever make an offer?

That’s what Survey Siphon does for you.

This was originally the main part of a $997 course and I sold it as a “standalone” as an experiment to see what would happen when I completely dazzled new customers with overwhelming value.

This one’s a “must-have” no matter what you’re selling.

Mass Control Monthly is possibly the most valuable “chunk” in this collection.

But you’ve likely never heard of it.

I only promoted it a few times …and had a “core” group of around 300-400 subscribers for three years.

Every month, I’d send them a physically printed newsletter (more of a booklet, really) as well as a DVD …where I’d take them behind the scenes of blockbuster Internet campaigns and dissect why they worked, the frameworks they followed, and how you can model the process.

Each issue was $297 per month, and the members stayed month after month because (in their words) it was “the single best marketing information they’d ever seen.”

I eventually got lazy and didn’t want to publish it anymore …so I stopped.

That was a mistake.

As I went through each issue for this Collection, I realized this is really some of the best work of my career …mainly because it’s so concise and focused on one thing: RESULTS.

If you’re looking for a paint-by-numbers breakdown of some of the biggest winners in the history of Internet Marketing Promotions, this is for you.

And if all this isn’t enough to have you clicking the “get it now” button so hard you’re just about breaking your mouse, maybe the following will put you over the edge …

I didn’t mention this in the video so I want so show you here:

I’ve included several unannounced bonuses for you in this Legacy Collection.

In the summer of 2009, I got the strangest call. I was in a store trying on some clothes when the phone rang.

I picked it up and it was none other than Jeff Walker.

He was up the road a ways in Los Angeles doing an event and had around 300 people in the room.

He said, “I just asked everybody and they want you to come and give a presentation.”

I told him I’d love to but I had to pick up some surfboards in about four hours and there was no way I could make it there and back in time.

I thought he was kidding but 20 minutes later, I was flying over the Pacific in a helicopter that looked like a dragonfly.

I’ll never forget that day. It was the first time I’d ever been in a helicopter, and one of the most interesting experiences of my life.

I landed on the room of the seminar building, was escorted down to the event, walked right on stage, gave an hour-long presentation, and was back in time to pick up the surfboards.

The presentation I gave was incredible …and I never repeated it. (I felt like I should just let it be used for that one special moment in time.)

Project Magnum is the footage of that presentation …named “Magnum” because I felt like I was in that old TV Show, “Magnum PI” because of the Helicopter.

Bonus  Two: Rock And Roll All Night (And Party Every Day)

I’ve decided to give you the complete footage from both Mass Control LIVE Seminars which were held at the Hard Rock Hotel in San Diego.

This footage has never been sold, and people came from all over the globe to attend.

You’re getting a total of six days worth of Marketing Transplants where I walk you through hard core psychological sales methods designed to create mass buying frenzies.

WARNING: These are a bit …”extreme”. It was a rowdy crowd …the energy was palpable …and you could cut the excitement in the air with a knife.

This footage is like a late night comedy show, a rock concert, and a hard-core “underground” marketing conference all rolled into one.

The people in attendance were like a “who’s who” of the marketing world. Many of them took the stage.

Several of the hundreds of people there described the events as the “Internet Marketing Grammy Awards” …and they were right!

If you want to see the download link, you have to be our paid member. Please, go here and choose your membership

There are no reviews yet.

– You will receive a Mega link into your email or your account page, then you can copy the course to your own Mega account to watch or download it later (best option). Instantly right after the payment.

How can I Pay?

– You can pay with PayPal or CryptoCurrency.

If the course is updated, do I get these updates too?

– Of course, same link, there will be a new folder called “UPDATE”, which contains only new files

How do I know that course has been updated?

– We do not have any refund policy, you are here for a reason, so you know what to do. Just download the courses ! 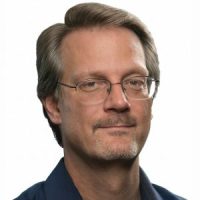 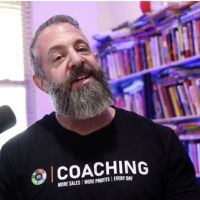 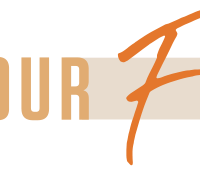 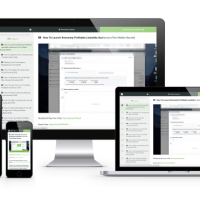 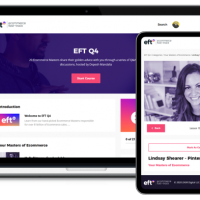 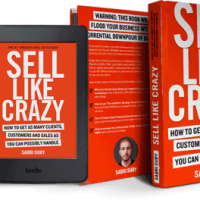 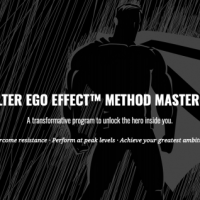 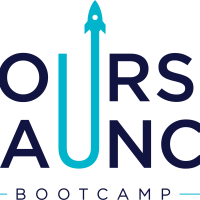